Works of the author 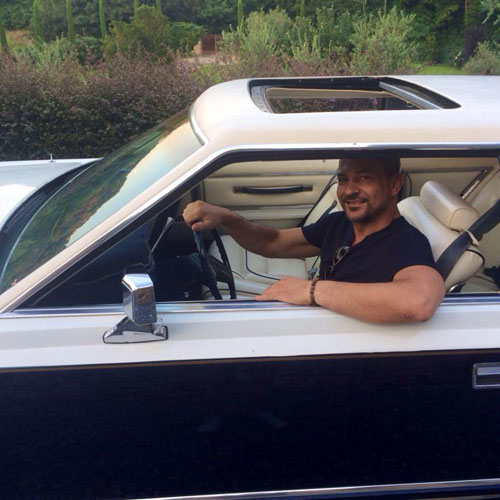 Sergio Goglia is a photographer and set-designer. Since childhood he has possessed a talant to for art, particularly painting portraits. He has always been passionate about images and pictures. He traces, through his inseparable camera, an artistic pathway that englobes all art sectors. After his diploma for The Fine Arts Academy of Naples (pupil of Mimmo Jodice and Odette Nicoletti, among others) he photographed sets for several theatre companies. He approached photography following experiences and contact with the contemporary art world, and the folgoration of TerraeMotus, the great exhibition held by the Neapolitan gallery owner Lucio Amelio immediately after the earthquake in 1980. Goglia soon developed a clear sensitivity towords the world of fashion photography, and began collaboration with well-known brands, including some international ones. His style emerges in portraits, whether well-known personalities or models directly chosen by the artist. He won the “Napoli Fashion Award” in 2005, and worked with the Seconda Università degli Studi di Napoli on seminars and workshop for students. He has received much recognition for his “American period” (1998-2005), through the collaboration with the photographer Jack Pierson to works commissioned by Governor Hospital of the University of New York, including a special for the US magazine Flount. In Italy his photographs, both as a reporter and an advertiser, have appeared in Vogue, Uomo Vogue, Marie Claire, Donna Capital, Vanity Fair, GQ and so on. Simple and silent, Goglia prepares his exhibition with moderation. To remembered: “Napoli & Ragazzi”, 1999 at the French Institute of Napoli “Grenoble” (also shown in Milan in 2001), and his participation in the collective exhibition “Come Adriano” (Prato, 2007) with the writer Walter Siti, the personal exhibition “Tatoo” in the gallery ”Spazio Corrosivo” (Marcianise, 2008) e “Body and Tatoo” in la Posteria (Milano, 2008), the calendar “Nudi e Crudi”  for Kukai (Napoli, 2009), the personal exhibition “Nudi e Crudi” in Galleria Margutta (Rome, 2009), the calendar “ORIacolORI” for  Kukai (Napoli, 2010), the personal exhibition in Cappella Palatina of Maschio Angioino (Napoli, 2010).